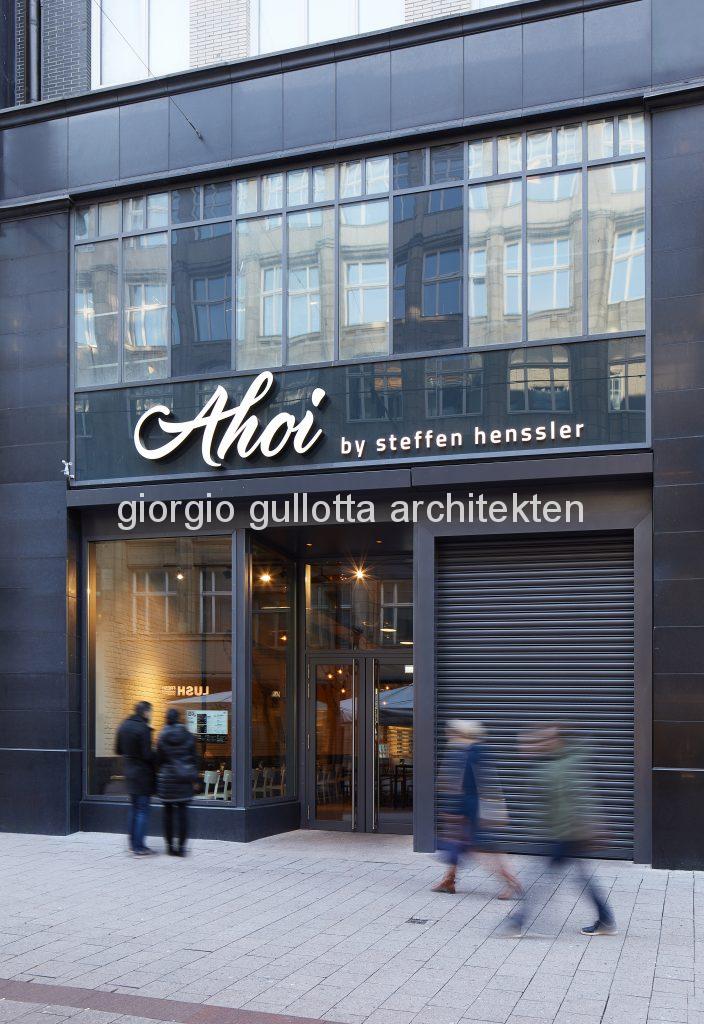 Façade reconstruction and extension of the restaurant "Ahoi by Steffen Henssler" in the Spitalerstraße in Hamburg. The existing façade, which was slightly receded, was dismantled. The new façade is now in line again with the actual façade of the building, as it used to be. The building gets back its character and the façade is now more homogeneous. Following the design requirements of the Mönckebergstraße and the Spitalerstraße, the new façade is articulated by a vertical structure that had been lost over the years. The façade was built as a post and mullion construction in a dark color.